Frazey Ford has announced she’ll be returning to Australia to tour throughout November this year.

Ford has also released a new single, ‘When We Get By’ which is her first single in three years.

Frazey Ford’s tour will kick off at the Leadbelly in Sydney.

For more information, head to: http://www.frazeyford.com/splash

Frazey Ford When We Get By Tour 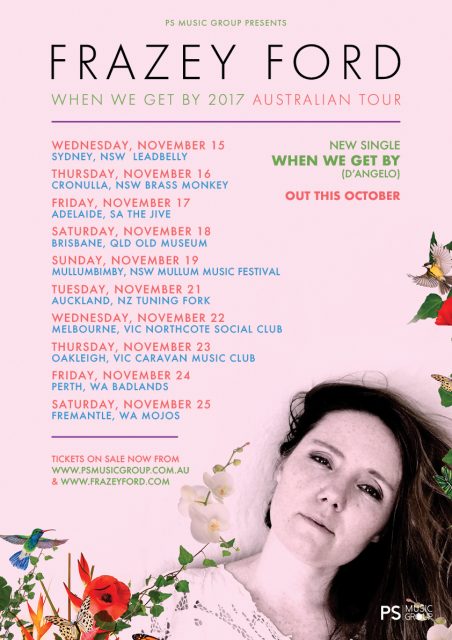