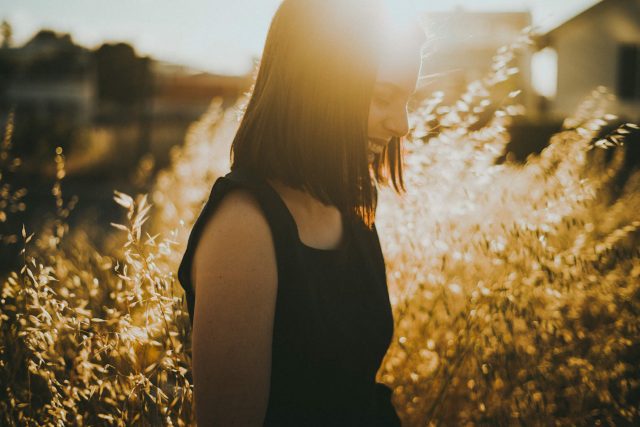 Helen Shanahan has today announced her her single and video Camouflaged (out April 28), the perfect follow up to previous single I Only Hide, expressing curiousity as to who she would be without the burden of anxiety.  Camouflaged is another taste of Helen’s new album Every Little Sting – a versatile, considered and skillful collection of folk-country tunes from the outstanding songwriter, set for release on May 5.  To celebrate the release, Helen will be hitting the road throughout May, kicking off on May 5 at Fly By Night Musician’s Club in Fremantle, then moving through Margaret River, Yallingup, Melbourne and wrapping up on June 1 at Petersham Bowling Club in New South Wales.

Moody, yet buoyed by casually-cool percussive rhythms, Camouflaged is like frustration encapsulated in a piece of music. What would it be like if I wasn’t always hiding away, when everybody shows their face, asks an exasperated Helen in her heartstopping falsetto, accompanied by the pulsing band that perfectly represents the ever-present nature of anxiety.  Working with filmmaker Brendan Joel (Jacob Diamond, Sam Perry), who she also worked with on her 2015 release Across The Sea, Helen has released a stunning, one-take video to accompany Camouflaged.  Reflecting on the song and the idea behind the impactful clip, Helen says, “Camouflaged is about realising you have to back yourself, and believe in yourself in order to be heard.  I so often find I prefer to stay in the background, but when it comes to my music, I realised I needed to do the best I could to put myself out there instead of being ‘camouflaged’… This clip mirrors my previous single I Only Hide with themes of wanting to break free from anxiety and to be comfortable in my own skin.  Themes of ‘breaking out’ of my anxious self to experience the joy of being ‘wild’ and ‘free’ come through in the chorus scenes when I am playing with my band in a vibrant setting.”

Camouflaged is but one example of the soft, subtle power of Helen Shanahan’s songwriting, which is on full display on her new album Every Little Sting.  Recorded and produced in Nashville, the perfect place to hone her country-inspired catalogue, Every Little Sting is a triumph for the inspired songwriter.  Helen’s understated voice tackles even the most intricate phrases with utmost ease and remains the standout musical factor throughout the record, despite the powerful playing that accompanies her.  Recorded with producer Brad Jones (Missy Higgins, Bob Evans, Melody Pool), Every Little Sting features the adept skills of drummer Jason Cheek, string player and arranger Chris Carmichael (Taylor Swift, Buddy Guy, Jessica Mauboy), and Helen’s husband Matt Allen and the Grammy-nominated Kim Richey on backing vocals.  Helen reflects on the process and the themes explored in Every Little Sting, “The calibre of the musicians in Nashville was out of this world, I felt lucky to even be in the same room most of the time…The main theme that runs through the album is having anxiety, and being more sensitive to issues that arise in daily life.  The title track Every Little Sting is a good summation of the album, that I feel everything strongly – which is a blessing and a curse as it has been the inspiration for many of my songs, but at the same time has been a hard thing to deal with.  The album looks at feelings of being stretched thin, and feeling overwhelmed in Paper Thin.  The album is balanced with some songs I wrote many years ago about my now husband, Now You’re My Baby and Cover Is Blown.  The album is a mixture of emotions, but hopefully finds a good balance between light and dark.”

Helen Shanahan will be bring Every Little Sting out on tour, where audiences will have a chance to experience her remarkable talent at intimate venues across the country.  Helen gives fans a sneak preview of what to expect from the shows, “If you are planning to come to the launch at the Fly By Night Musicals Club, you can see the album played in full by my band (also known as the Shanaband) and a string quartet.  Strings were a massive part of the album, and it will be amazing to showcase the arrangements live.  For the rest of the dates, it will be myself and my husband Matt singing and playing in duo form.  I’m hoping that later in the year I can get my full band and strings out on the road if people are liking what they hear!”