The only awards in Australia to acknowledge excellence specifically for jazz performance, creativity and presentation

In it’s first year at Bird’s Basement, the event was at capacity with local and interstate guests in attendance. The audience comprised luminaries from the jazz scene alongside up and coming artists and of course music fans, all there to celebrate the growing popularity and diverse forms of jazz music in Australia.

It was a night of electric performances and joyous award recipients, highlighted by the induction into theAustralian Jazz Hall of Fame of Joe Chindamo.

The awards recognised the outstanding achievements and exceptional talent of the nominees after months of judging by the Australian Jazz Academy’s 180 members.  This is the first year the selection of applicants was undertaken by the Academy, which was founded last year to enhance the voting process of the Awards.

Named in honour of one of the greats in Australian jazz – the late Graeme Bell, MBE AO, The Bells feature a prize pool of $40,000, with each category title rewarding the winner (or collective winners) with $5000 prize money.

Best Australian Jazz Song of the Year – sponsored by APRA/AMCOS

Albert Dadon AM, Chairman of the Awards said, “This year marks a milestone for the Australian Jazz Bells Awards as we have opened up the voting process for the first round to include members of the Australian Jazz Academy. In doing so we have made the Nomination process more transparent and democratic.” 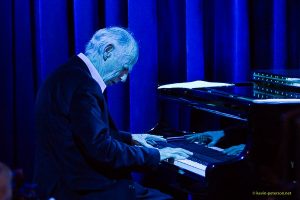 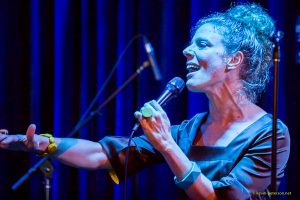