After a successful sold out tour in 2017, Angus and Julia Stone have announced they’ll be touring Australia again in 2018.

The brother and sister duo have recently released their fourth studio album Snow, along with a set of singles.

The duo will visit Brisbane, Sydney and Melbourne on tour.

For more information, head to: http://angusandjuliastone.com/ 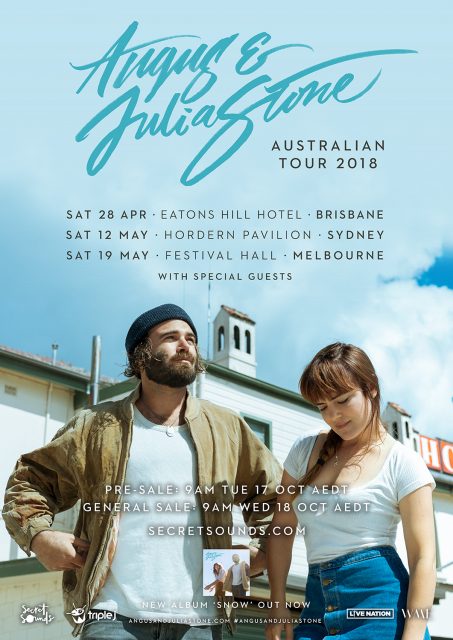