The previous 48 recordings that arrived before new disc Citizen John range from the ‘70s soul-ska – R&B of Jo Jo Zep and the Falcons, hit singles such as ‘Hold Onto Me’ and ‘Harley & Rose’ as well as side projects such as Bakelite Radio and The Revelators.

The Black Sorrows will be taking to the highways of Australia to showcase the new album, including a feature performance at Bluesfest in Byron Bay, before heading back to Europe for a string of dates in Denmark, Sweden and Norway.

For Joe Camilleri and The Black Sorrows, the new album is about perpetual change. “I’m not a heritage act. I’ve never been a heritage act. I’ve always been a constant player. The Sorrows continue to thrive and grow not because we’re an ‘80s band, or a ‘90s band, or any other kind of band. We exist because of the now. Just treat me like a new act,” he says. “It’s just that this one’s got a very old face.” 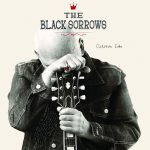