Glen Phillips has never shied away from the heart of the matter – be it in life or song. So when he recorded his first new album of solo material in ten years after a period of personal upheaval one expected it to be a poignant reflection for the singer-songwriter. As it turns out, Swallowed by the New is just as inflicting for the listener. From the heart-wrenching lament of “Go” to “Grief and Praise” and its hard-hitting realization about the consequences of change, the album pitches, rolls and yaws across an ocean of sentiment. And it’s a diverse sonic sea Phillips has summoned. “Held Up” is a stomping bluesy confessional, “Amnesty” is a vibrantly crafted ballad and “Reconstructing The Diary” is a loungey torch song. After being swept away by Swallowed by the New’s raw honesty, where metaphors strike like emotional punches, you are left unsure whether to praise Phillips or hug him. 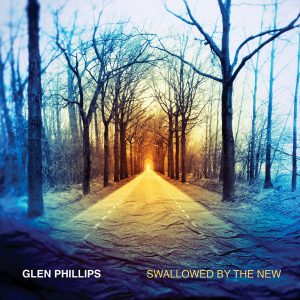