Essentially a southern rock record, Thomas Wynn & The Believers have added a bit of a twist to the style with their third long-player. Wade Waist Deep pulsates with a power perhaps more common to stoner rock, or even heavy metal, albeit on a more mellow scale. Opener, ‘Man Out Of Time’, embodies this to a tee, a churning track defined by almost moaning harmony vocals, driven more by the acoustic guitar as opposed to the electric, which keeps it true to its roots as it explores new territory.

The band, a six-piece, aren’t afraid to tone things down either, the title track and songs like ‘Mountain Fog’ examples of this, the focus more on the vocals as opposed to swirling instrumentation, although both possess the latter too, just in more of a support role. This is an adventurous record which demands repeated listens, each listen begging the volume be turned up – southern rock, in the hands of Wynn & The Believers, sounds damn good. 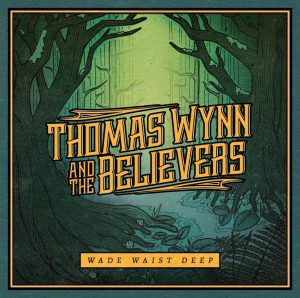