The “red clay” part of this album’s title refers to the embankments travellers will encounter in America’s southeast, while, as the proudly Georgia-based Ellis points out, “Georgia is where the Blues has got Soul.” And yes, there is a lot of soul in Ellis’ blues, a very Booker T kind of progression simmering away beneath Anything But Go, for instance, while there’s an almost Dr John kind of vibe to Hungry Woman Blues. There’s even an infusion of Santana courtesy the instrumental Estero Noche. Recording “live in the studio” has meant that Ellis’ strength, those fiery extended solos, come across even more impassioned than usual through the obvious tensile interaction between the singer-guitarist, his ever-solid rhythm section and, on Givin’ You Up and Circuit Rider – basically a rewrite of The Hunter – guitarist Oliver Wood and keyboards player and guitarist Kevin McKendree respectively, the latter a longtime collaborator and this time co-producer. The tastefulness within this ensemble is no better exemplified than in the classic blues slow burn of Party of One. 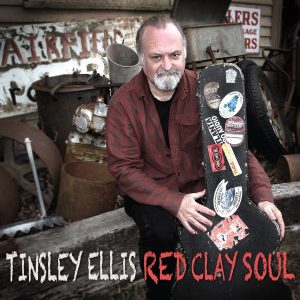