Eric Clapton has announced the upcoming release of Live In San Diego With Special Guest JJ Cale on DVD and Blu-Ray on March 10th, 2017.

In addition to the main DVD and Blu-Ray program, fans will enjoy extra footage of Clapton and Cale rehearsing Anyway The Wind Blows and Who Am I Telling You? for the concert. The DVD and Blu-Ray offering follows the release of the 2 CD set, 3 LP vinyl set and digital album of the concert, released on September 30, 2016.

Recorded at Clapton’s March 15, 2007 performance at the iPayOne Center in San Diego, CA, the Live In San Diego With Special Guest JJ Cale concert was part of a world tour that was much loved by Clapton fans and featured a stellar band that includedguitarists Derek Trucks (now of the Tedeschi Trucks band) and Doyle Bramhall II. The two-hour San Diego concert was a highlight of the tour as it featured JJ Cale as a special guest on five tracks (including After Midnight and Cocaine), as well as Robert Cray on the final song of the record, Crossroads. 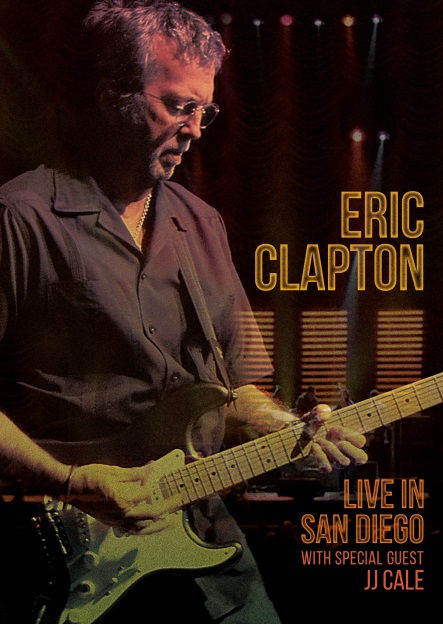