Jeff Tweedy steps out on his own with a memoir, solo album and acoustic tour.

Look at the poster for the upcoming Australian Jeff Tweedy tour – the hat the glasses. Tweedy has become a brand.

If you’ve read his recent memoir, Let’s Go (So We Can Get Back), you’ll appreciate that this idea would have been absurd to Tweedy when he first started playing music. It’s probably absurd to him today. Yet there it is – the hat, the glasses, (the beard), perfectly distilled into a logo, instantly recognisable to Wilco fans.

If there’s one thing that the memoir reinforces, it’s that Jeff Tweedy never sought the limelight. Wracked with self-doubt, he was possibly the most reticent front man in recent history. Indeed, no one was more shocked than he when Uncle Tupelo bandmate Jay Farrar told him, “You have no idea what it’s like to stand onstage with somebody every night who loves himself as much as you do.”

As Tweedy writes, “What Jay could have said, if he was paying attention at all, was ‘You have no idea what it’s like to stand onstage with somebody every night who struggles with and sometimes overcompensates for debilitating self-doubt, a guy sadly aware he’s disappointing a bandmate he’s spent his entire adult life trying to please.”

“I think I feel like I’ve always been myself on stage,” says Jeff Tweedy taking a break from a current tour that will see him perform solo in Australia for the first time this month, “and that’s become a part of the act – ‘Oh that guy’s really uncomfortable!’ (laughs) ‘That’s his persona or something.’ And now I’m 51 years old and I’m pretty comfortable being uncomfortable, I don’t know if that makes any sense. I don’t know, I just don’t have to think about it hardly at all anymore. And I feel pretty at ease with an audience and feel mostly safe, even when I’m up there by myself, that most people are on my side.

“I used to feel like the opposite of that – I used to feel like everybody was judging me and that I wasn’t cool enough. Or half the audience was maybe into it, but there are people yawning and looking at their watches and your evolutionary skills to seek out danger are super-attenuated to finding the one person yawning. We’re programmed that way by evolution to look at the grass on the savanna and see the predator or whatever. But I’m getting over it for the most part. It still can happen – there are still moments on stage that can feel pretty hairy. Just ‘cause you’re blind – you can’t really see everybody most of the time and you’re only hearing voices and reactions to the voices from people that can hear them clearer than you can. And it can get really confusing sometimes. Somebody can yell out, “I love you Jeff,” and you can hear, “I’ve got a gun!” (laughs).”

Thankfully, that’s less likely to happen in Australia… unless One Nation is voted into power by the time you read this. (In which case, please shoot me).

Now people say
What drugs did you take
And why don’t you start taking them again? – ‘Having Been Is No Way to Be’ 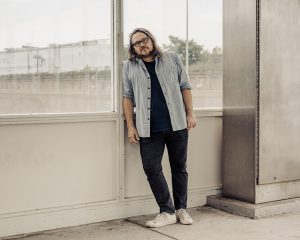 Tweedy’s personal life was always relatively private – for a rock star. Uncle Tupelo and Wilco (and every musical project Tweedy has been involved with since) were always focused on the quality of the music over any kind of personality push. Tweedy admits he would be deliberately obscure in his lyrics to try and disguise any easily identifiable detail about his personal life.

He did go public about his addiction to prescription pain killers some years ago, but the recent memoir expands that admission into excruciating detail, detailing the insecurity that caused it and the subsequent dysfunction, sacrificing privacy and inviting public scrutiny. The book also delves deep into his family and band relationships and, of course, the music. If nothing else, his hecklers are armed with plenty more ammunition these days!

“There have been a few instances on stage where someone has shouted out a reference to the book,” Tweedy confirms. “Something in the book that’s not in the front of mind, buried in a book, and I have no idea what they’re yelling or talking about. Like I played the song ‘Hummingbird’, which I talk about in the book as the only song my dad thought was a good song or something – not really, but it’s in the book – and somebody yelled the other night at a show, ‘You should write another good song,’ or something. And I was like, ‘What are you talking about? Oh yeah, the book. I didn’t realise you guys were actually gonna read it!’”

Indeed, the response to both the memoir and the subsequent deliberately more confessional solo album, Warm, has genuinely surprised their author.

“Well, the solo record’s been received really well and the songs have already kind of found a home in some people’s hearts and that’s amazing. The book, I had pretty realistic and low expectations for putting out a rock memoir and it’s far exceeded my expectations. It seems to have found an audience, too, where people seemed to be moved by it and have gotten something out of it. The feeling I get is that, for people who have been paying attention for a long time, it enhances the music that they’ve enjoyed for a long time. And it hasn’t taken away from it. That’s the risk I guess, is that you’re going to disillusion people and somehow subtract from the mystery of what you’ve made. And that doesn’t seem to have happened. I don’t know, I kind of believe you could share every single thing about yourself and still be mysterious, ‘cause there’s so much that’s shrouded about the act of creation anyway.” 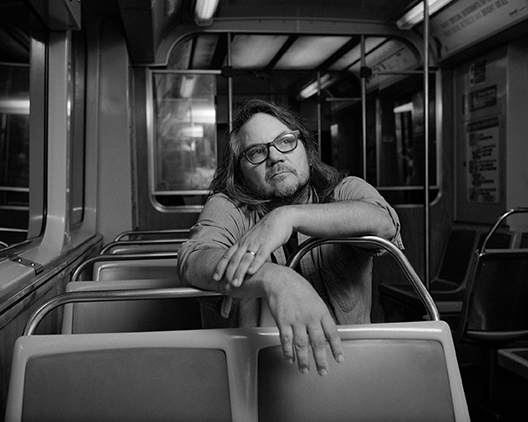 The process of writing the memoir inspired the song writing for Warm. It empowered Tweedy to edit songs he’d been working on in the reverse direction he was accustomed to; instead of deliberately cloaking real experiences, he attempted to be more honest and direct with the songs on Warm. The shift is probably more subtle from the outside looking in, but there are no American aquarium drinkers assassining down avenues (as in the lyrics to Wilco’s ‘I Am Trying To Break Your Heart’).

“Well I think it kind of grew out of me wrapping my mind around writing prose as opposed to writing lyrics and poetry,” Tweedy considers. “And becoming enamoured of the idea that I could tell someone what a song was about without it completely destroying the magic of it. That it’s okay to be able to say, ‘No, this song’s about… my dad,’ you know, and that doesn’t take away the experience of listening to the song and figuring out what part of my dad is being referred to… or whatever.

As our discussion weaves back and forth between the book and the new album, Tweedy reveals that he found the process of writing each more similar than I imagined. While it’s difficult to visualise such an accomplished songwriter handing over his lyrics for someone else to edit into shape for publication (like a writer to a book editor), that’s not so far from the truth.

“I really enjoyed the process of working with my [book] editor,” he affirms. “I actually – you know they’re not called editors, but I bounce musical ideas and lyrical ideas off people all the time. You know, the engineer, Tom Schick and Mark Greenberg who are with me almost all the time at The Loft, that relationship could be considered similar to the way I worked with my editor on the book. It’s just somebody you trust and you feel like really gets what you’re going for. Basically, you’re looking for an idealised audience – that’s the way it felt with my book. Jill Schwartzman was just super awesome. She asked me about things that she wanted to know about that she didn’t feel like I’d cover, that happened more often than things getting changed drastically syntax wise or anything.”

“Plus, it’s a relief not to have to be completely worried about grammar – grammar’s pretty terrifying to me. I’m actually not that bad at it but I actually thought I was way worse at it until I wrote a book and I realised I’m not terrible at it. But it means a lot, it matters to me.” 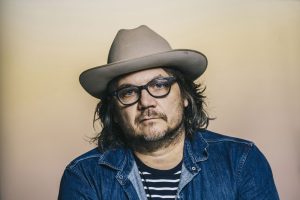 Elsewhere, Jeff Tweedy has described the phrase ‘I Know What It’s Like’ as “testing the limits of empathy —nobody really ever knows what somebody else is going through.” When I ask if he’d thought about the consequences of inviting such empathy prior to writing a memoir and a personal solo album, he nimbly sidesteps the question. The resulting response makes my question look better than it was… and is central to the theme of the book.

“Well, I feel like empathy, oddly enough, the best place to practise it is on yourself. You know, we tend to be a lot crueller to ourselves psychologically than we need to be. And we treat ourselves a lot of times in ways that we would never dream of teaching other people – in terms of how harshly we judge ourselves and our bodies and all of that. So, I would rather err on the side of over-empathising than whatever alternative there would be to that.”

Back to Tweedy the reticent front man. This month will see him tour Australia in solo acoustic mode for the very first time. Obviously, travelling and soundchecks are going to be a breeze in comparison with the full Wilco shows. However, Tweedy asserts that the solo performances are far more mentally taxing than playing with the band. Occupying the spotlight is still something he’s still growing into.

“Over a long period of time and being on stage, especially the solo shows, I’ve figured out that I can actually try and get laughs on purpose. And it works out!” he reveals. “And I’ve gotten much more comfortable with the idea that a little bit of stand-up is okay. It’s a part of it and it’s entertaining and it’s fun and it’s probably more in my nature, I have a type of self-loathing that fits the skill set of a stand-up comedian more than a singer-songwriter probably.”

While the patter is not planned out, Tweedy says he’s happy to revisit material that works over a stretch of shows, regardless of the fact that people might attend more than one show.

“Yeah, but again if they come to more than one show, that’s on them.

They’ll hear a bunch of different songs. If I say some of the same things, they should cut me some slack. I guarantee they couldn’t predict exactly what’s going to happen because I have no idea when things are going to happen. The songs get changed a lot more from night to night… I don’t write a setlist for the acoustic shows. I just have a little cheat sheet to remind myself what songs I’ve written,” he laughs.