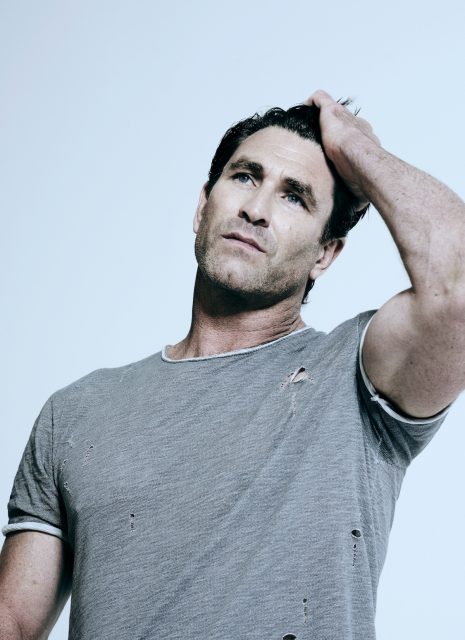 Byron Bay singer-songwriter and one of Australia’s most loved musicians, Pete Murray has today released his new single, Take Me Down (out now), alongside the announcement of his sixth studio album, Camacho – available June 2.  With over one million album sales to his name, the quiet achiever of Australian music will showcase new tracks and old favourites on an epic 33-date national Camacho Tour that will kickstart in Lismore on July 12 and finish up in Darwin on September 9.

Beat-driven and anthemic, Take Me Down cleverly reveals a new direction for Pete, yet still manages to feel like a catch up with an old friend – his smooth, familiar voice both warm and inviting.  “Take me down is about a beautiful relationship with an unknown future,” insights Pete.  “It’s about not knowing how much time is left and being in the moment.  It’s emotive, moody, sexual and vulnerable.”

Determined to shake things up and find a fresh sound for the album, Pete explored different writing and recording techniques.  “My main goal was to work with loops and beats and to have a cool, phat drum sound,” says Pete.  He collaborated with hip hop producer Trials (AB Original) to achieve the drum sounds he was looking for, and saddled up with an array of well-known industry talent to get the Camacho show on the road.  “There was only one guy that I was interested in mixing this album and that was Eric J Dubowsky.  He was starting to do a lot of phat, warm sounds and I really wanted this flavour of mixing on my album.”  Also in the assemblage was Aussie producer Tony Buchen (Montaigne, The Preatures, Bob Evans), Sydney-based producer One Above aka Andrew Burford (Hilltop Hoods, Drapht, Allday), and ARIA winning producer Jon Hume (Matt Corby, Lisa Mitchell).

“The thing I wanted to do different with this album was to take my time and get it right.  So many times in the past I have jumped into a studio for 4 – 6 weeks and recorded an album.  Once the recording time is over, so is the album,” explains Pete, “with Camacho there was no rush, it was going to be finished when it was finished.”

And finished it is – guaranteed to be lapped up by new and old fans alike, Pete Murray has delivered a cool, uplifting, emotive, and powerful album and it will be celebrated and brought to life on the greatly anticipated Camacho Tour.  Following sell-out shows across the country, the 33-date tour will take in capital cities and a host of regional centres throughout July, August and September.

Pumped to hit the road and play his new tunes for fans across Australia, Pete enthuses, “I’ll be taking the full band on the road and heading to a stack of places I haven’t been to in a while.  I’m also really excited about playing the new music for the first time and cannot wait to get out there and see the crowd’s reaction.”

Camacho is set for release on June 2 and is available to pre-order from www.petemurray.com – all album iTunes pre-orders will instantly receive the Take Me Down single.

Velocity Frequent Flyer is offering a pre-sale window on selected shows for a limited time to Velocity members, available via Velocity Live from 1pm Friday 7 April 2017 until 8am Monday 10 April 2017. Visit www.velocitylive.com.au for details.

The general public will have the opportunity to purchase tickets from 11am Monday 10 April 2017.

For further information, head to www.petemurray.com.